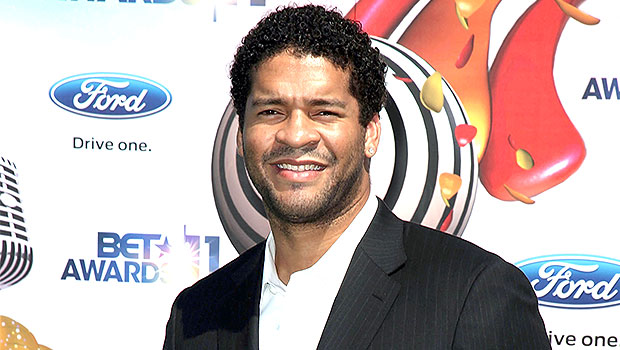 Bert Belasco has reportedly died at the age of 38. The young actor’s body was found in a Richmond, VA, hotel room on Sunday, November 8. Learn 5 things about BET’s rising star gone too soon.

Tragedy has struck the BET network. Bert Belasco reportedly died at the age of 38 years old when his body was discovered in a Richmond, VA, hotel room on Sunday, November 8, according to TMZ. Bert Sr., the young actor’s father, shared with the outlet that his son was preparing for a brand new project that was being shot on location in Richmond, per the outlet. The young star was quarantining per COVID-19 guidelines. As of press time, the family of Bert Belasco is currently awaiting autopsy results. A rep for Belasco or the BET network did not immediately return HollywoodLife’s request for comment or confirmation.

1) Bert was best known for his work on BET. Bert’s big break came in 2011 when he earned the role of Charles Whitmore on the BET series Let’s Stay Together. Bert starred in the show alongside fellow actors Joyful Drake, Nadine Ellis, and RonReaco Lee. The romantic comedy series followed two couples navigating modern relationships and all of the highs and lows that come with them. Bert starred in 52 episodes of the series, which came to an end in 2014.

2) Bert had a number of major credits to his name. Along with his breakout work in Let’s Stay Together, Bert also appeared in a number of well-known TV series. Bert appeared in one 2018 episode of Superstore, as well as six episodes of the TV series Pitch on FOX. Prior to his big break on Let’s Stay Together, Bert played Lane on the FX TV series Justified alongside Timothy Olyphant.

3) The actor was not particularly active on social media. Despite having an Instagram and Twitter account, Bert didn’t post much on social media. In fact, Bert boasted over 11K followers on Twitter, and was followed by acclaimed director Jordan Peele on the social media platform. Bert joined Twitter in March 2011, but only shared 519 tweets, with his last post coming in January 2019.

4) He was a college graduate. Bert earned his theater degree from Southern Illinois University Carbondale in 2005. He also took classes at Chicago’s famous Second City.

5) Bert was preparing for a new role. At the time of his death, Bert was getting ready for a brand new acting job. One of his projects that was in pre-production was a film called Paralyzed.