Folks in Michigan are panicking and rushing to stock up on guns … and it’s not just 2nd Amendment enthusiasts … it’s all sorts of folks who are scared stiff over the prospect of violence on the heels of the election.

Gun and ammo stores across Michigan are seeing a huge surge in folks trying to buy firearms, and it became all too real when their Governor became the target of a plot to kidnap and possibly kill her. But, the reality is … tensions have been brewing all year, and around people are arming themselves.

Sue Sizemore, store manager of Recoil Firearms in Taylor, MI, tells TMZ … her shop is seeing guns fly off the shelves, and they’ve already sold out of Glocks, AKs, semiautomatic pistols and ARs.

Sizemore says 75% of her customers in the past 2 weeks are first-time gun buyers, and lots of folks are coming in scared Joe Biden‘s going to restrict the 2nd Amendment and defund police departments in the suburbs if elected.

Meanwhile in Niles, On Sight Armory manager Kyle Giddings tells us firearm sales are higher than at any point over the last 5 years, and the difference he sees is Democrats buying guns.

Giddings, who says his clientele usually skews conservative, tells us customers are scared from what they’re seeing on the news — he says tons of single mothers are coming in looking to buy guns — and the store’s sold out of handguns. 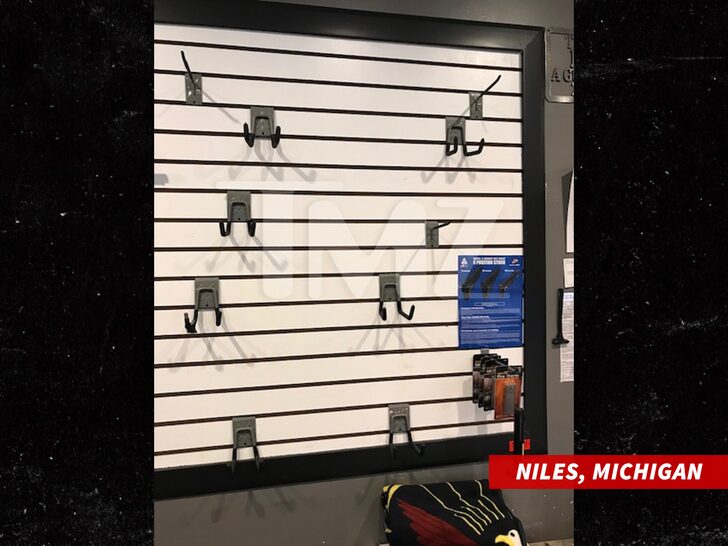 Over at M.R. Guns in Cheboygan, the manager, Ron, tells TMZ … folks are stocking up on guns and ammo because they’re scared a Biden administration could take firearms away. Ron says customers are looking to buy in hopes of a potential grandfather clause under such a scenario.

The demand is so high, Ron tells us M.R. Guns recently had its inventory wiped out. He’s still fielding calls daily from interested buyers, but has nothing to sell.

And, at Buck Shots Firearms in Perry, the manager, Bryan, says his store is extra busy because of hunting season and the election. Bryan tells us he’s bracing for another sales surge if Biden’s elected, based on what customers are saying.

Buck Shots previously saw a run on guns at the start of the pandemic, Bryan says, and he’s anticipating folks to stockpile again after election day.

Michigan is not an outlier … 110,000 Californians have bought guns since March — that’s a huge number. 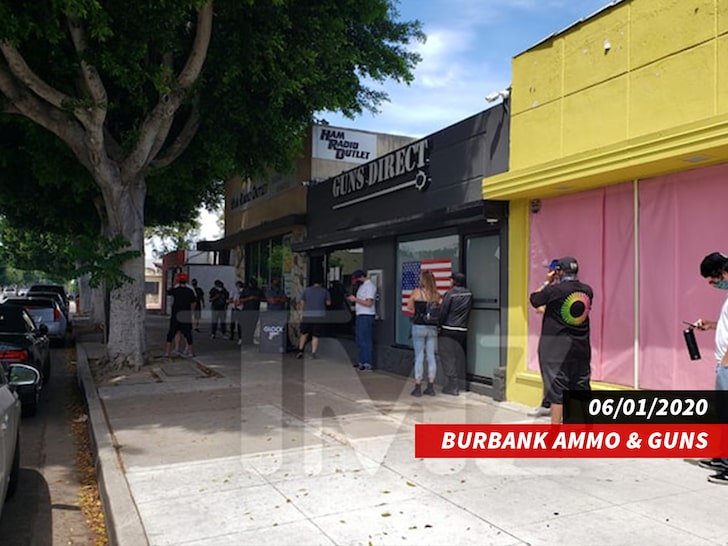 It’s been a big year for firearm sales across the country … as we first told you, the civil unrest triggered by George Floyd‘s killing and the Jacob Blake shooting resulted in lines around the block at L.A. gun stores and a run on guns in the Midwest.