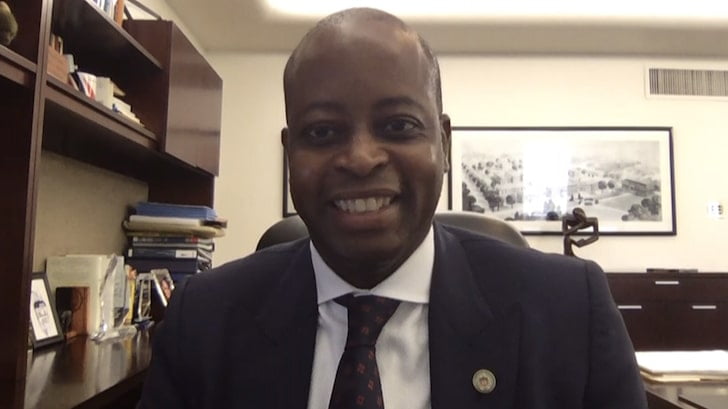 Howard University’s president says Sen. Kamala Harris can have a huge impact on students at her alma mater … where majoring in political science is the hot, new thing on campus.

Dr. Wayne Frederick joined us on “TMZ Live” Friday and told us how Kamala’s political rise, from poli sci major at Howard to Joe Biden‘s running mate, is inspiring students from all backgrounds to get involved in politics and affect change.

Kamala, who graduated from HU in 1986 and added economics to her double major, is the first HBCU grad to run on a major party’s ticket … along with being the first Black woman and person of Indian descent.

Dr. Frederick says Kamala’s one of the reasons why the second most popular major for incoming freshman at Howard is political science. It helps to have a role model.

An extraordinary moment in the history of America & @HowardU! @KamalaHarris’ selection as the Democratic VP candidate represents a milestone opportunity for our democracy to acknowledge the leadership Black women have always exhibited. My friend & fellow alumna, we are w/ you! pic.twitter.com/XuxKAGrs3B

The HU Prez thinks Kamala’s influence will extend far beyond minority students … telling us why she can also inspire white students to get involved in the political process, even if they never step foot on an HBCU campus.

It’s not politically one-sided either … Dr. Frederick also explains how Kamala is helping HBCU grads play a role on both sides of the aisle.