12:21 PM PT — Jake’s attorney, Richard Schonfeld, tells TMZ, “We understand that a search warrant was executed at Jake’s Calabasas home this morning while Jake was out-of-state. We are still gathering information and will cooperate with the investigation.”

9:01 AM PT — Whatever the feds were looking for at Jake Paul’s home apparently required a lot of backup and manpower … because a small militia left his pad in armored trucks.

Check out this footage we got of federal agents and the vehicles they arrived in rolling out after they completed their business — it looks like a mini military parade, with several guys wearing SWAT and/or tactical gear hanging off the sides … in addition to whoever was inside.

By our count, there seems to have been at least 20 people or so on the ground executing the search warrant — which makes ya wonder what the hell Jake might be mixed up in, if anything at all.

Still, no word if arrests were made or if any property or evidence was seized. We’re working on getting some answers as to why all this firepower was sent.

Jake Paul‘s L.A.-area home is the scene of an early morning FBI raid … TMZ has learned.

Law enforcement sources tell us … Jake’s house in Calabasas is currently being searched by the feds — and that a search warrant has been issued to do so. We don’t know why or what the authorities are looking for, but we do know agents are on the ground, taking a look around. 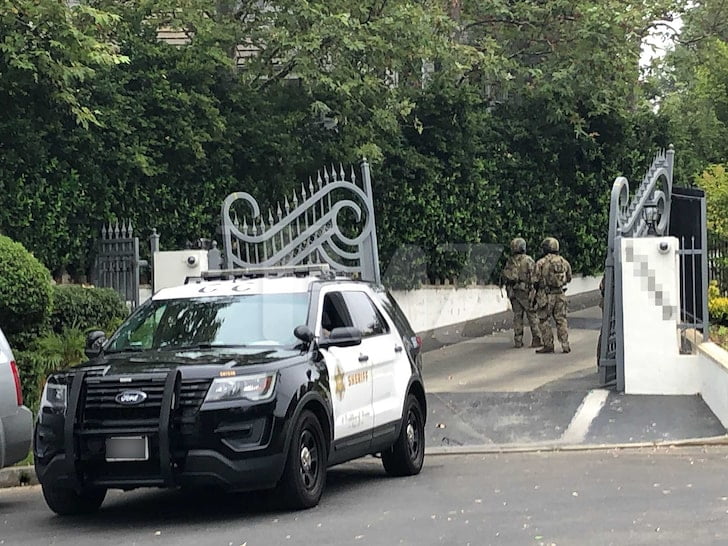 We know Jake draws a lot of attention with his YouTube stunts, which are often documented on camera — some of which have landed him in hot water, legally before. The raid isn’t a prank gone wrong though … we know it’s real this time.

It’s unclear if Jake himself is home right now.